Purchasing a Nikon F4 has been a great experience so far. I like the change from digital to film when I need a challenge. I have a 20mm f2.8 lens(I wrote about it in a previous post) and I took it to the courts recently and shot some college basketball and high school basketball. I shot with 400asa film and though it worked, I could have done things differently to get better results.

Things I could have changed up to get better shots would be… a Faster shutter speed but to get that I would have had to have a higher ASA film. 400asa isn’t that high when you’re in a dark gym, even at f2.8 and 20mm. The shots, for the most part, are sharp but you can see some motion for sure! I am new to film so I don’t know if changing the ASA dial would have changed anything.. like if I turned it to 800ASA would I actually gain that light. Though if that would work, I am sure the grain would be pretty high and I am willing to take because grain doesn’t bother me, even in my digital work.

Another thing I could have done was found better angles to shoot from since 20mm is so wide but, I enjoyed the look I got from this first roll of shooting sports. With the two gyms, I tried it at, you have to watch out for the dance team or cheer squad so the corners or under the basket are your only options but I also didn’t move around as much as I could have since I was working and the film side was simply for my personal experience so I had to focus on the games for the most part.

Below is are examples of the shots I took. Minimal or no cropping was done and I did adjust the white balance as it was off to the greenish/yellow side of things. 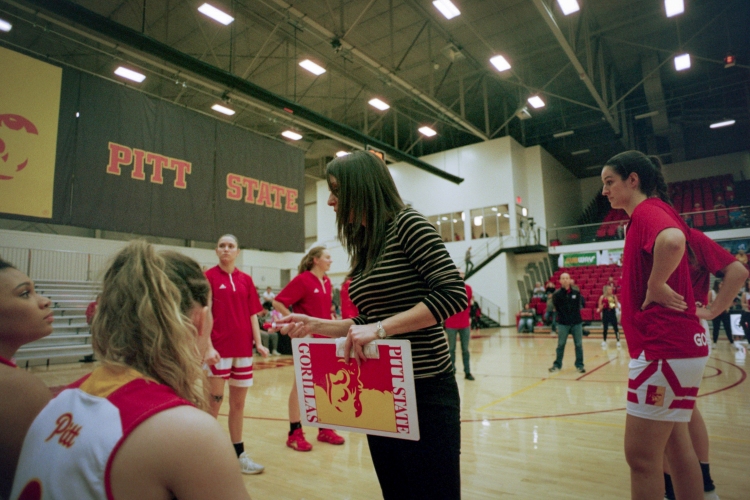 Hope you all enjoyed.. feel free to comment any questions or find me on instagram :@ DLsports or @ derekliving.

PEACE!…oh, also stay safe out there and don’t go out in groups.

I am a freelance photographer and full-time videographer. View more posts